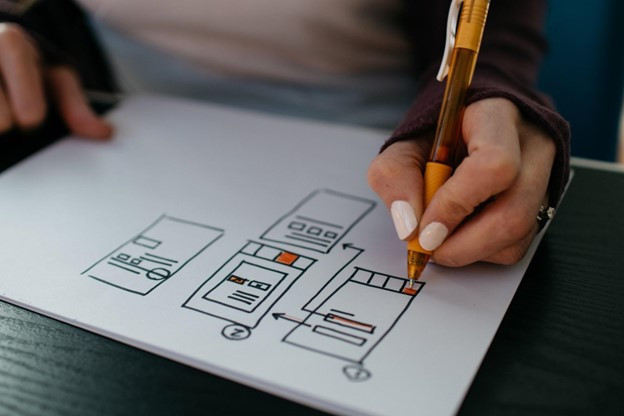 There is more content in our digital world than we can ever consume. It is becoming harder and harder for businesses, especially new ones, to attract the attention of their target audience and keep them engaged on their website long enough to fulfill a desirable action.

Nowadays, people want to find the desired information fast, without having to read every single word on your website. This is where website scannability comes in place.

Signs Your Web Design Is Not Helping Your Business at All 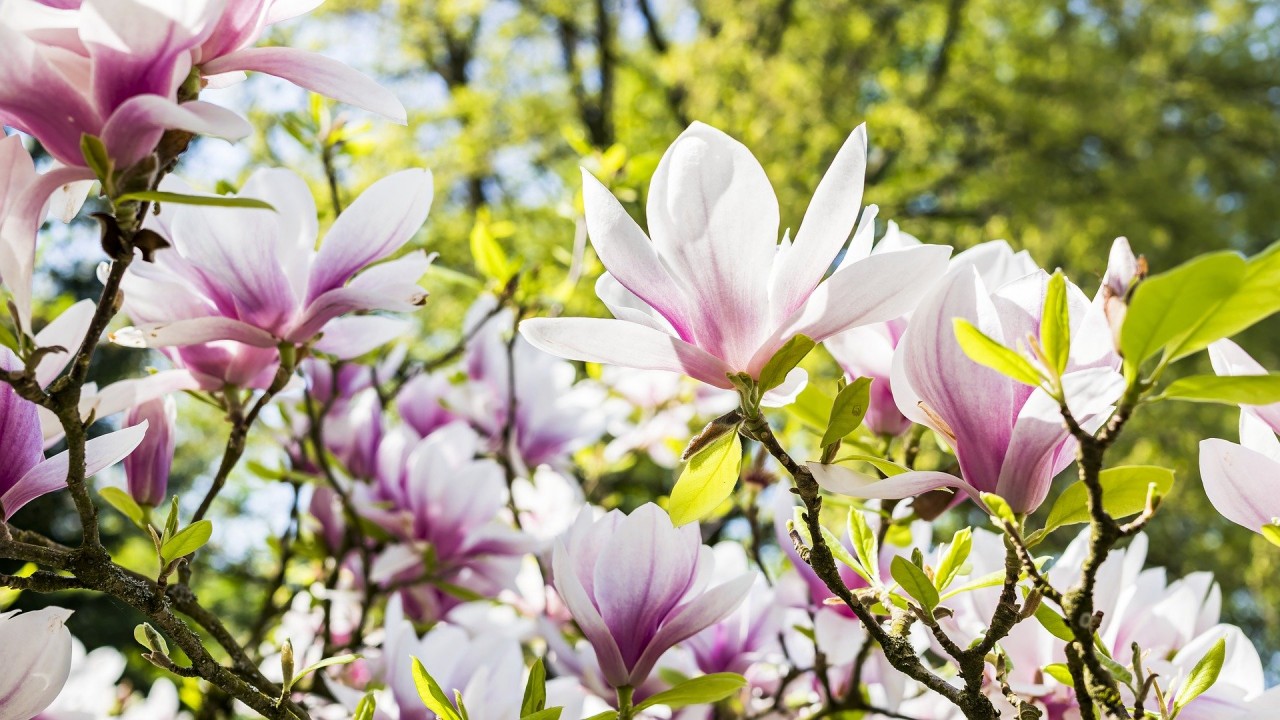 Like any entrepreneur who understands the power of the Internet, you created a website for your business, in the hopes that having an online presence will help it grow.

The thing with having a website, however, is that it can also go the opposite direction and hurt your business instead. Far too many entrepreneurs trying to bolster their digital marketing efforts through a website have learned this the hard way.

Whether a website helps your business or not will depend on a number of factors, its web design among them.

Contrary to what many people think, web design isn’t just about making a website look pretty. Sure, a gorgeously-designed website will catch the attention of people, but that is no guarantee that they will give you their business. In fact, users still steer clear of even the most attractive websites for one reason or another, which is not going to help your business at all.

Let’s take a look at some of the signs your web design is not helping your business in any way.

The Importance of Fold in Web Design 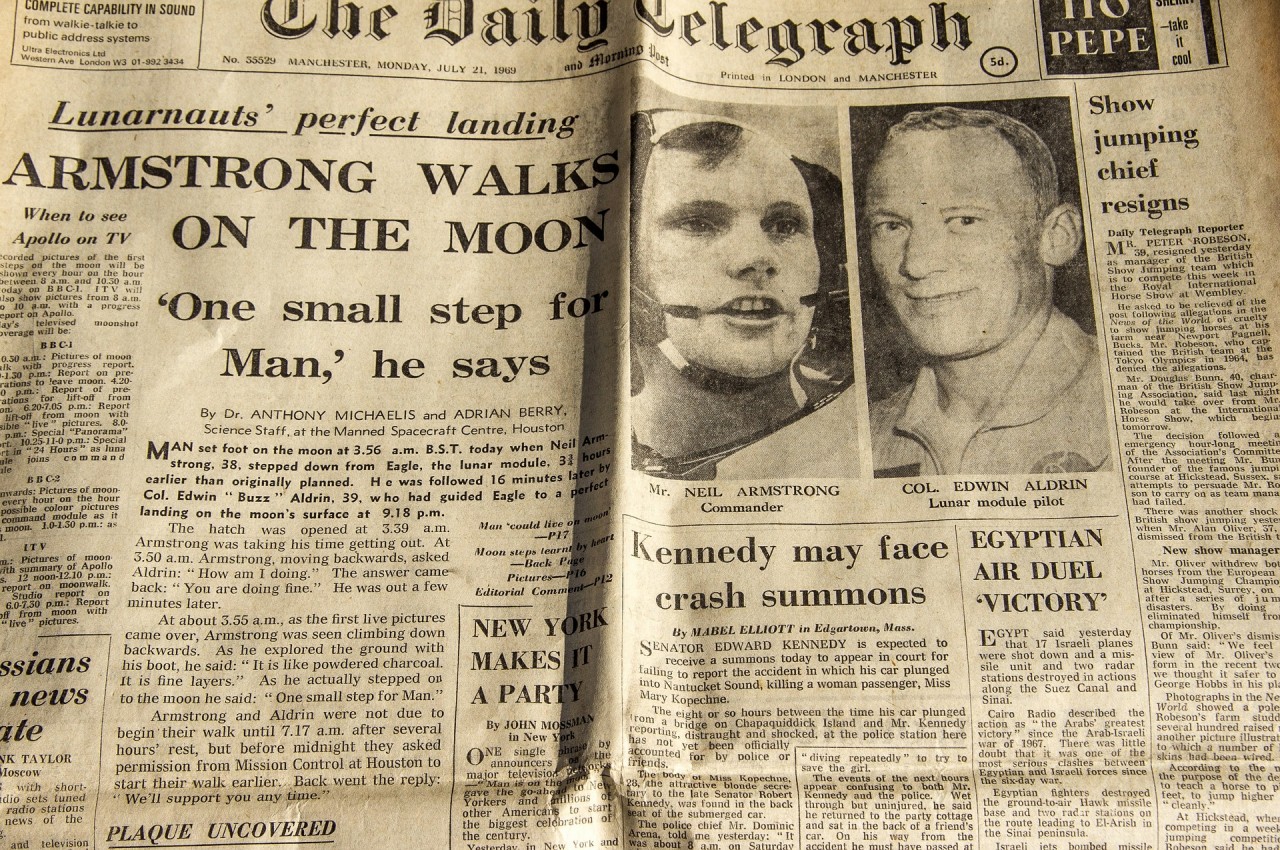 For those who have been working in the field of web design for some time now, you have probably encountered the phrase “above the fold” more times than you care to remember. If you’re writing content for websites and blogs, you have likely received instructions to put specific keywords above the fold many times as well.

“Above the fold” came from print

If you take a closer look at any of the newsstands you pass by on your way to work, you will notice that the newspapers on display are folded a certain way, with only the upper half bearing the headline and a big photograph visible. That upper half is what is known as “above the fold,” and the headline and the photo there are meant to attract the attention of people, then pique their interest to make them buy the newspaper.

Eventually, the concept made the jump to websites, and putting the most important and attention-grabbing things above the fold has been a common practice among web designers since.

The “fold“ on a web page

Unlike newspapers, a web page doesn’t have a physical “fold.” The closest thing a web page has to a fold is the scroll bar. The part of the page that visitors immediately see as soon as they get there is what’s considered above the fold. The moment they scroll down, they’ll be going below the fold. 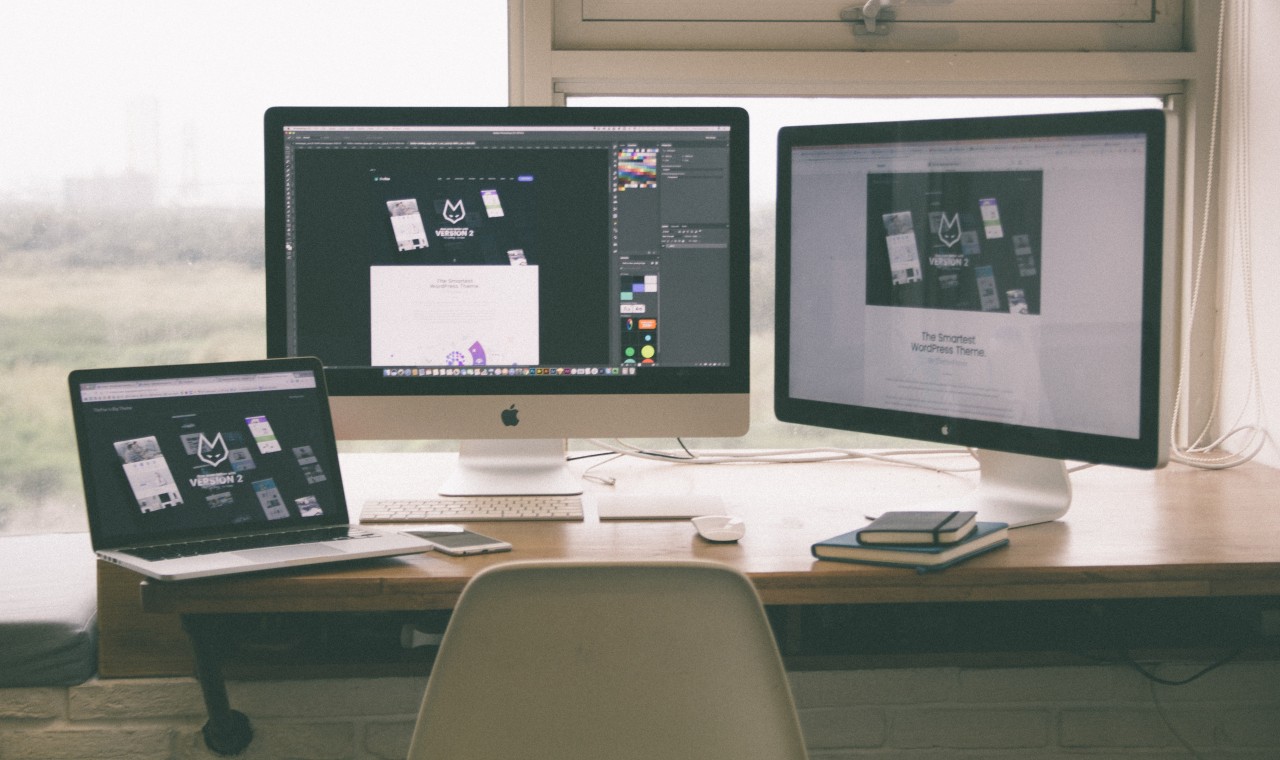 Running an online business can be a very complicated process. The key to having success when selling services or products online is having a fast and reliable website. The modern consumer has a very short attention span, which is why you need to make sure your website loads fast.

Over 75 percent of online consumers claim they will avoid buying from a website again if it does not perform up to their standards. Instead of letting a slow website cost lead to you missing out on potential sales, you need to find a way to increase the reliability of your domain.

While most online business owners have no problem keeping their website functional when they can continuously monitor it, they don’t have a strategy to deal with issues when they are on a break. Read below to find out about some of the things that can be done to make a website fast and reliable even when you are on a break.

Optimizing the Site With Cloud-Based Infrastructure

When developing a new website, most business owners choose to use a .net framework. With this framework, you will be able to develop and deploy your website in a hurry. Learning about the various components of a .NET architecture will help you see where improvements can be made to the overall infrastructure of a website.

When spikes in website traffic occur, you have to find a way to keep your site up and running efficiently. One of the best ways to do this is by using additional cloud-based infrastructure components. Instead of storing important information on physical servers, you can use the cloud. By doing this, you can reduce the chance that your servers will crash due to maintenance during your absence. 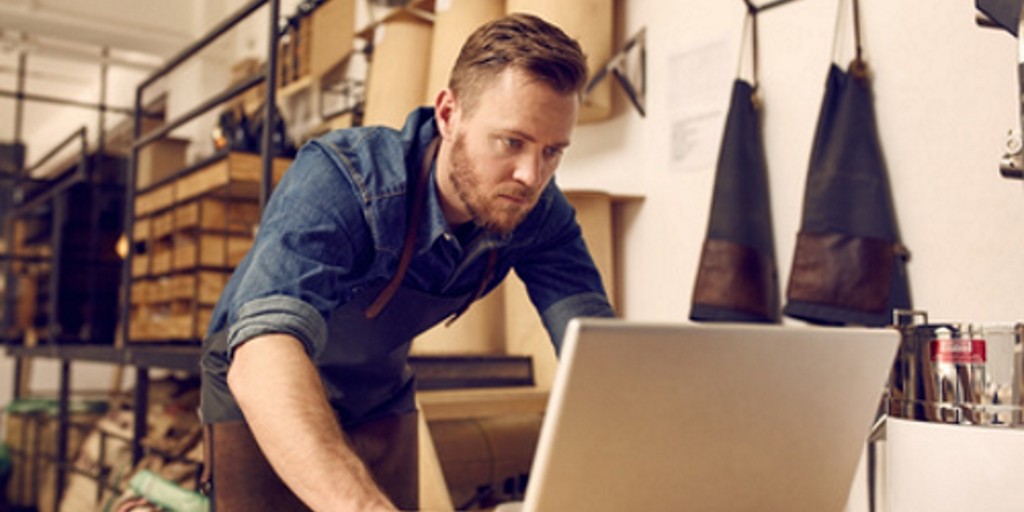 A 2016 survey revealed that around 50% of all small businesses still don’t have a website, even though it is easier than ever to get your business online.

This is a topic that came up in conversation while I was at a networking meeting a couple of weeks ago. (Yes, sometimes I do get out from behind my PC and go and speak to real people. I even quite enjoyed it although I was lured by cake as it was a birthday celebration for the networking group in question. I digress.)

This question came from another small business owner, who does, in fact, have a website themselves.

I was aghast for but tried not to let it show. Once I’d got over the initial shock of imagining myself completely redundant I recovered my composure and explained why a website is as important, if not more so, than it ever was to your small business. I thought I’d share some of those reasons here countering the argument that you could just have a strong presence on social media and negate the need for a website.

If your website got hacked, how would it affect your small business? 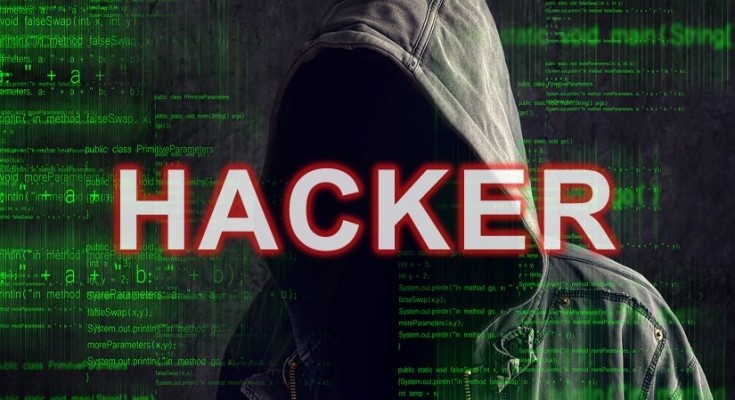 The first one is usually given priority by most small business website owners and current content and regular updates are important for all sorts of reasons like search engine optimisation and keeping your customers up to date. But really, keeping your hosting and site software up to date should take priority in the interest of keeping your website secure.

Quite simply ... if it's out of date the hackers will know the vulnerabilities and will know how to get in. All they have to do is find your site. Updates and patches 'plug those holes' and it's important that they're installed regularly.

Most small business owners mistakenly think that their website is low profile and unlikely to be a target and take a 'why would they bother with my little website approach?' I liken it to a situation I experienced a few years ago where my modest and ageing hatchback was broken into while parked in between two very high end and very shiny new cars. Quite simply mine was easier to get into. The other two were secure with alarms and far more up to date and sophisticated security.

Every website is potentially a target irrespective of it's size and out of date software just increases the risk because it's an easy target. Cyber crime is big business and the reasons for hacking into a website are many. If you want to know more about why, you can read about it in an earlier post 'Why do hackers hack?'.

Is there any such thing as a FREE website? 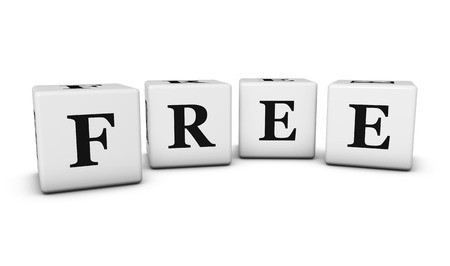 'How much does a website cost?'  is usually the first question I get asked when I start talking to anyone about web design ... potential client or otherwise and I have to stop myself saying 'how long is the proverbial piece of string'.

There are a huge number of variables and one website can cost infinitely more than another one of a similar size for a whole host of reasons. Then throw into the equation that there are many free tools available for building your own website and the decision about how to move forwards with your website design and how much should it cost gets even more confusing.

This can be a very appealing proposition to anyone on a budget who is setting out on their own. Setting up a business can be expensive so, understandably, you want to avoid any unnecessary expenditure. But consider the following:

Consider these two points together and balance out the advantages of getting a 'free' website against all the time you will have to invest in developing that website, quite possibly with a limited skill-set and almost definitely with no experience of web design. Time spent developing your website, is probably better spent developing your customer base and fee earning rather than spending hours on something that could be accomplished in half the time by an experienced web developer. You'll end up with a professional looking result as well!

This is important. Many of the free options do not include many things that you will most definitely need. For example a mailbox is very often charged as an extra. My current provider allows up to 500 mail boxes, possibly excessive for a small business, within the fee for annual hosting.

Why do hackers hack? 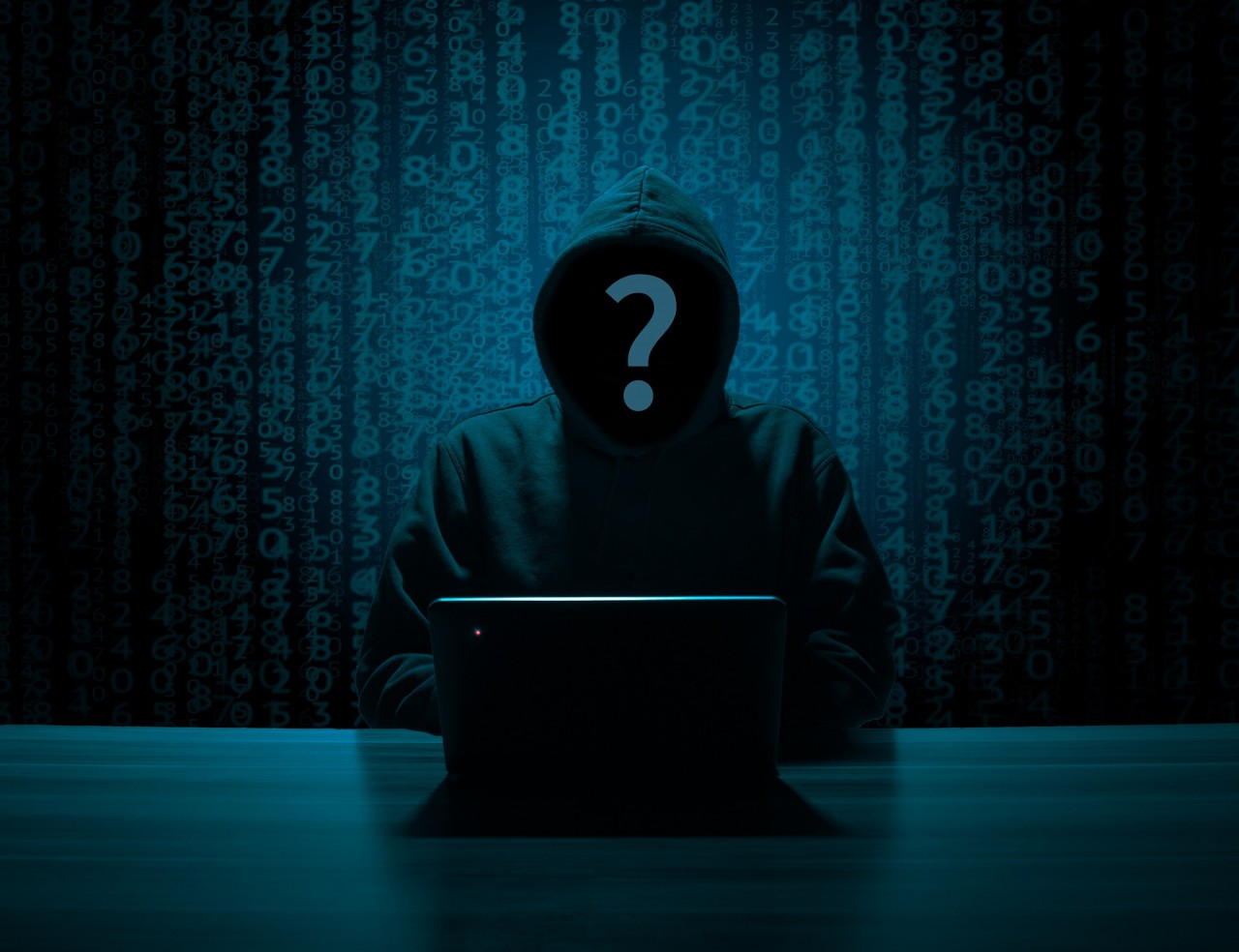 I've had to deal with a few hacked websites and this is the question that I get asked most frequently. Why do they do it?

All websites are potentially a target ... however small. The motivation of the hacker is fame and fortune. A hacker isn't necessarily looking for financial details. They want to access your website so that they can use it for various money making activities and also gaining notoriety among the cyber criminal community. There are various financial gains to be had from hacking a website:

A hacker is also looking for notoriety among other hackers. They're then able to market themselves within that criminal community.

If a hacker gains access to one website of several on a hosting plan, they may not place malicious code on the original site where they gained access. They're more likely to infect one or more of the other sites on the hosting plan keeping the original point of entry open for future use and re-infection.

Once they've gained access they will install something called a back-door shell in various places on the hosting account giving them access to all the files on that hosting account and therefore access to all the hosted websites. So even if you've managed to locate and remove the original point of entry, the back-door shells provide an alternative means of access so that they can keep on re-infecting your website.